Matt Eberflus made excellent use of the 11 days between a Thursday night game and a Monday night game. It’s beginning to look like Eberflus is a rarity in that he’s a rookie head coach who understands his responsibilities like a veteran. His lack of head coaching experience was nowhere to be seen in the Bears’ 33-14 victory over the Patriots.

This is what he is exceptional at: controlling what he can control. Among the things he has controlled well are preparation, planning and recognizing the potential and limitations of his team. 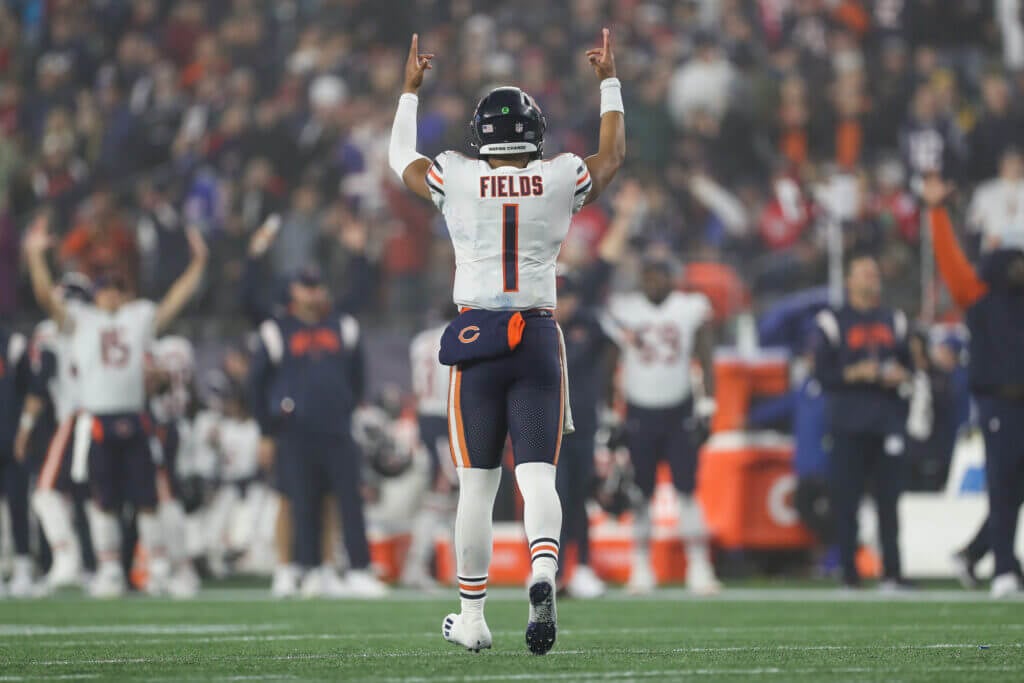 Here are my other postgame points:

• Peyton Manning wanted the Bears to try to score another touchdown at the end of the game. By having Justin Fields take a knee, Eberflus did the right thing by prioritizing sportsmanship and respect.

• It was a really well-conceived game plan from offensive coordinator Luke Getsy, and his play calling was money all night.

• The Bears’ offense looked a little like the Ravens’ offense in terms of what they attempted to do and what they accomplished. Given some of the similarities in personnel, the Ravens provide a logical blueprint for the Bears.

• The Bears’ best defense might have been their offense. A time of possession edge of nearly 14 minutes? That’s impressive. No Patriots player on offense made more than a cameo appearance.

• That was peak Justin Fields, at least so far. He went through his progressions better than before and made logical decisions for the most part. 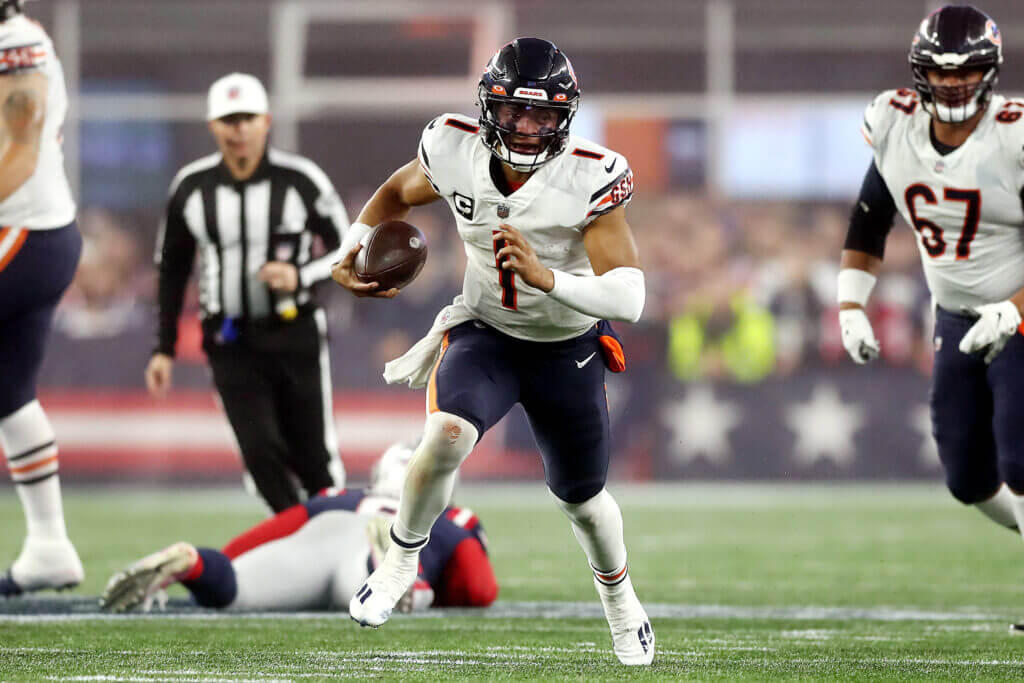 • Fields ran dynamically, as he has repeatedly done this season. But he also ran responsibly, which he has not always done.

• The designed runs for Fields will become less effective as defenses plan for them — unless the Bears can become more varied and effective in the passing game.

• Fields’ ball handling remains an issue. The box score says he had four fumbles against the Patriots, and his 11 fumbles are tied for the league lead. Not much has been made of it because the Bears have recovered ten of those fumbles. That is luckier than can be explained. His 2021 draft classmate Trevor Lawrence, for instance, has lost all four of his fumbles. If Fields keeps putting the ball on the ground, it will cost the Bears victories.

• Fields deserves credit for the victory, but not at the expense of the big fellas on both sides of the ball. The win was because of them as much as anyone.

• Offensive lineman Sam Mustipher won’t go away. And the Bears should be thankful for that. Every NFL team needs Sam Mustiphers.

• Bears general manager Ryan Poles will take bows today for Kyler Gordon and Jaquan Brisker. He should take another for Dante Pettis, a player he signed in the third wave of free agency at a bargain contract who has contributed in various ways.

• Roquan Smith does not have an agent, but if he did, the agent undoubtedly would bring up the linebacker’s performance Monday (12 tackles, a sack and an interception) when negotiating Smith’s next contract.

• If the Bears thought Patriots pass rusher Matthew Judon was hard to block (he most certainly was), wait until they get a load of Micah Parsons, whom they will oppose Sunday in Dallas.

• With the NFL trade deadline one week away, Poles needs to approach the Bears’ victory with sobriety. Becoming a buyer would be wrong unless the Bears could acquire a player for the long term. Standing pat usually is the best way.